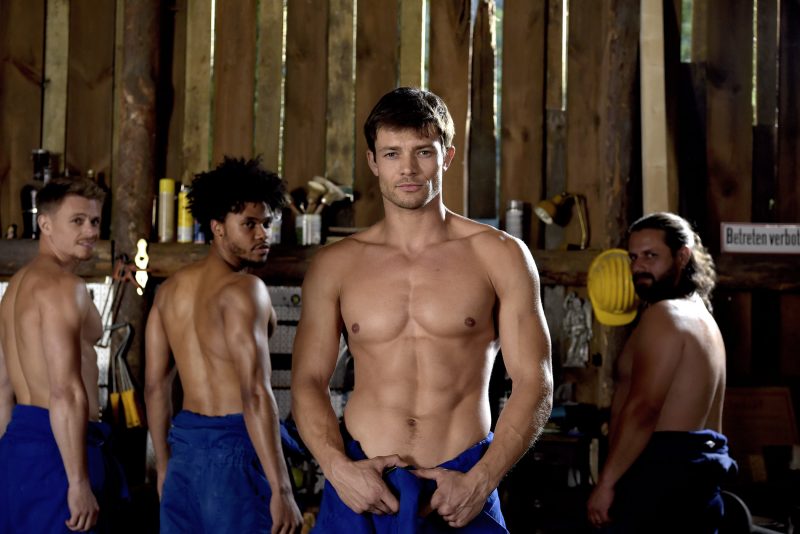 Story
Jonas (Eugen Bauder) has not found his way back in life: his modeling career in the USA has failed, he does not have a new steady job, he is separated from the mother of his child and so far he has not cared for his son. However, during a temporary job on a construction site, the well-built man discovers his true talent: The ladies from the office complex are ready to pay him a lot of money for Jonas to drop his covers … The idea is born quickly, a strip troupe is founded with his construction colleagues. But that’s where problems begin: How build up a relationship with his little son Tim (Maximilian Spengler) and take care of him when he is called regularly to nightly missions? And what does Tim’s football coach Katja (Janina Uhse) say about Jonas’s job? For the lively coach, Jonas feels more than he initially wants to admit …