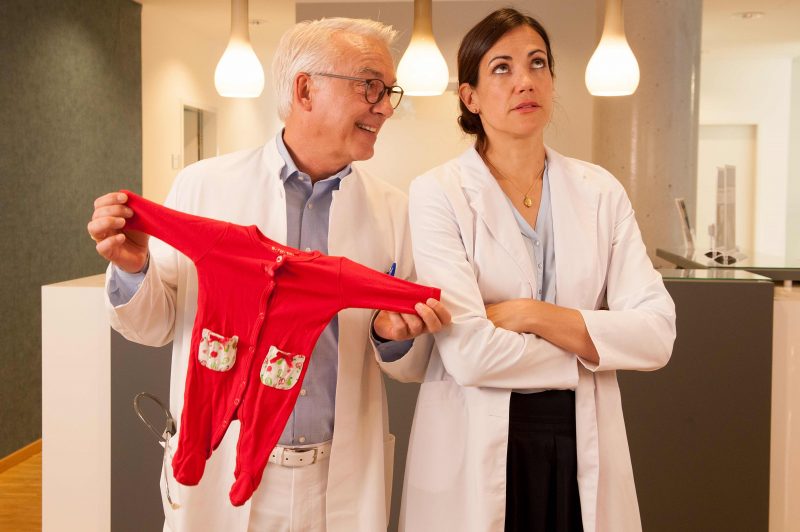 Story
Four very different couples and their journeys through pregnancy
Wealthy, middle-class Julia and her partner Knut have very little in common with working class couple Jessie and her husband Steve, who live in a trailer park, except for one thing. Due to a mistake at the IVF clinic, Jessie and Julia are each carrying the other’s babies!
The couples soon clash over prenatal parenting, how the babies should be born and who keeps which child. Jessie doesn’t want to swap her unborn daughter for a son, but if Knut gets his way, it won’t ever come to that: he secretly plans to get custody of both children.
Meanwhile, Katrin and Volker, the gynaecologist couple who run the IVF clinic, have their own unexpected baby dilemma after learning they are to be parents again in their mid-40s. At the same time, clinic patient
Liane’s hopes of having a child rests on her horny but commitment- phobic neighbor Florian.
If life’s already complicated for these four couples, just wait until the babies start arriving.