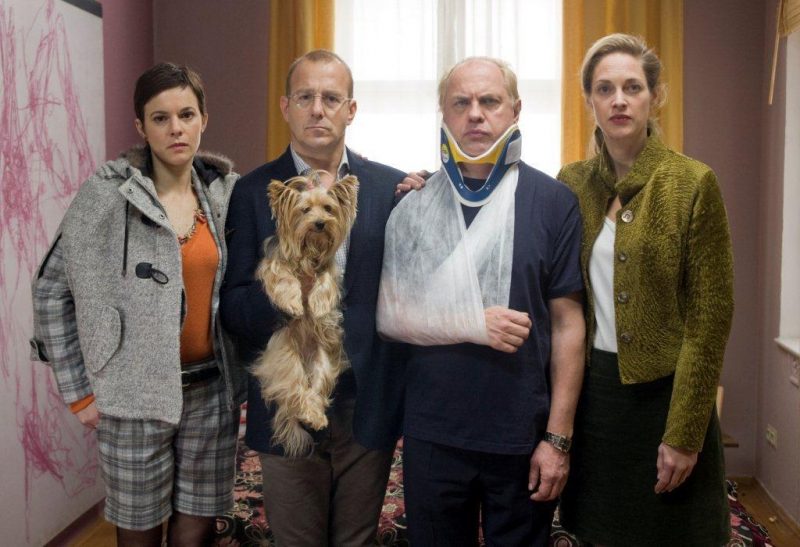 Story
Thomas (Uwe Ochsenknecht) and Roman (Heino Ferch) meet by chance in the men’s room of the courtroom. They have both just been divorced – and they both still love their now ex-wives. The shy Roman is devastated at the loss of Isabelle (Sophie von Kessel), and though Thomas tries to act cool, he is equally distraught. Soon they hatch a plan to get their women back: they will each woo the other’s ex, who will then realize she has to return to her former husband. Sounds good… except that they both really do fall for the other’s ex, and can’t admit it to each other. A Perfect Couple is a fast-moving, hilarious comedy about divorce, friendship and falling in love all over again. An adaptation of the French film Un Couple Modèle.